Is Your Dog Aggressive?

Dog Aggression is one of the key reasons dogs are abandoned to shelters. Most shelters will not release a dog for adoption that displays aggression, so its future usually involves euthanasia. That’s why it’s so important for dog owners to try everything they can to improve and manage the situation before a dog is considered for surrendering.

Types of Dog Aggression
There are many different types of dog aggression. The main ones include:

Fearful dogs will often “snap and retreat” because they’re trying to get the thing, person, or dog away rather than trying to inflict damage. Too often fear aggression occurs on the dog’s home turf when the dog doesn’t have the option to leave. A dog that is cornered or tethered is more likely to be aggressive because they cannot flee.

Fear aggression will be prevalent if a dog thinks he must protect the family and keep them safe. They get stressed by the responsibility of guarding their owners and are permanently on edge, adrenalized and always on alert. If dogs rest on the couch all day, bark at outside noises or anything passing by the window, and charge the door when visitors come, it’s a sign they feel they must be the “head of security”.   Once the dog owner establishes himself as the “pack leader”, the dog will relax in the knowledge the humans can look after themselves.

Here are some key points about aggression:

The worst thing you can do with a fear-based dog is to use punishment-based techniques that can make the situation worse.

What Makes Some Dogs Fearful?
Dogs have different things that trigger their fear response. Unfamiliar dogs and new people are at the top of the list. Children also create fear because they don’t know the right way to approach a dog. Thinks about it – kids love to “ride” dogs and poke and prod them.

Loud noises can cause fear. Fireworks are especially terrifying. No wonder one of the busiest days for shelter is July 5! Even thunder can cause fear.

Can Aggression Be Overcome?
Although there is no magic wand for dogs when it comes to aggression, with patience and perseverance, you can overcome 99.9% of fearful behaviors. The good news is that all dogs are trainable and if you have an aggressive dog, there is always a way to train and manage the dog successfully.

A few last words of advice. If you think your dog is aggressive, do not run a “test” at the dog park where there are too many uncontrollable factors particularly if you don’t know the other dogs. Aggressive dogs can hurt innocent bystanders or other dogs and could cause a lawsuit. Instead, call in a professional dog trainer to test and address any aggressive behaviors.

Also, if you are not going to breed your dog, have him spayed/neutered to cut down the chances of aggression. It will also help our pet overpopulation!

⟵ Back to Blog 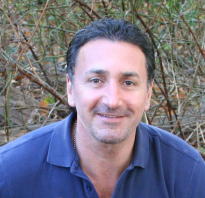